SKY HIGH BEACH IS EXCITED TO ANNOUNCE ITS PARTNERSHIP WITH PRIME BEACH TRAINING (LITTLE ROCK) FOR AN INTRODUCTORY CLINIC!!

The clinic will be hosted by Vince Miranda.

Vince's bio is below!

Vince Miranda, owner of Prime Little Rock Beach Training, and a Chicago native, was an NJCAA head coach and an owner of his own year-round beach volleyball club in the north suburbs prior to 2018. Within the first 2 years of going to a year round format, his program had 5 NCAA committed athletes for beach alone.

In August 2018, Vince became an assistant coach at Stetson University, and NCAA Division 1 Program. It was the 2019 season that the Hatters made program history and NCAA history at the national championships. While participating in the NCAA Beach Volleyball Championships Stetson was the only 8th seed to beat the 1st seed at the National Tournament (University of Southern California). Since then, Coach Vince Miranda was an assistant at Florida Atlantic University and Texas A&M Corpus Christi until COVID hit. He exited the NCAA and focused on life in Little Rock, Arkansas. where he realized beach volleyball can be year-round. So, Little Rock is where he hosts PRIME Beach Training. 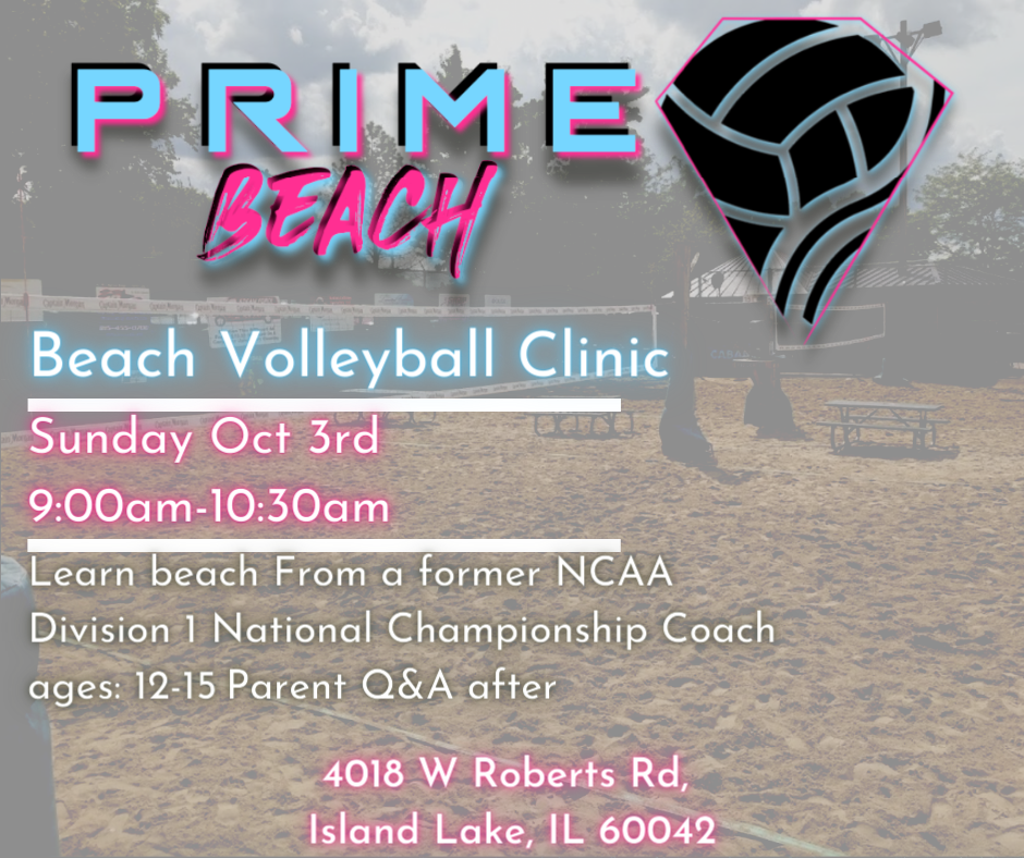 This clinic will be held at: